Sometimes, I randomly browse through Go source code just to look for any patterns or best practices. I was doing that recently with the log package when I came across an interesting observation that I wanted to share.

Any call to log.Print or log.Println or any of its sister functions is actually a wrapper around the equivalent S call from the fmt package. The final output of that is then passed to an Output function, which is actually responsible for writing out the string to the underlying writer.

This means that if I just have one string to print, I can directly call the Output function and bypass this entire Sprinting process.

If we look into the cpu profile from this benchmark - 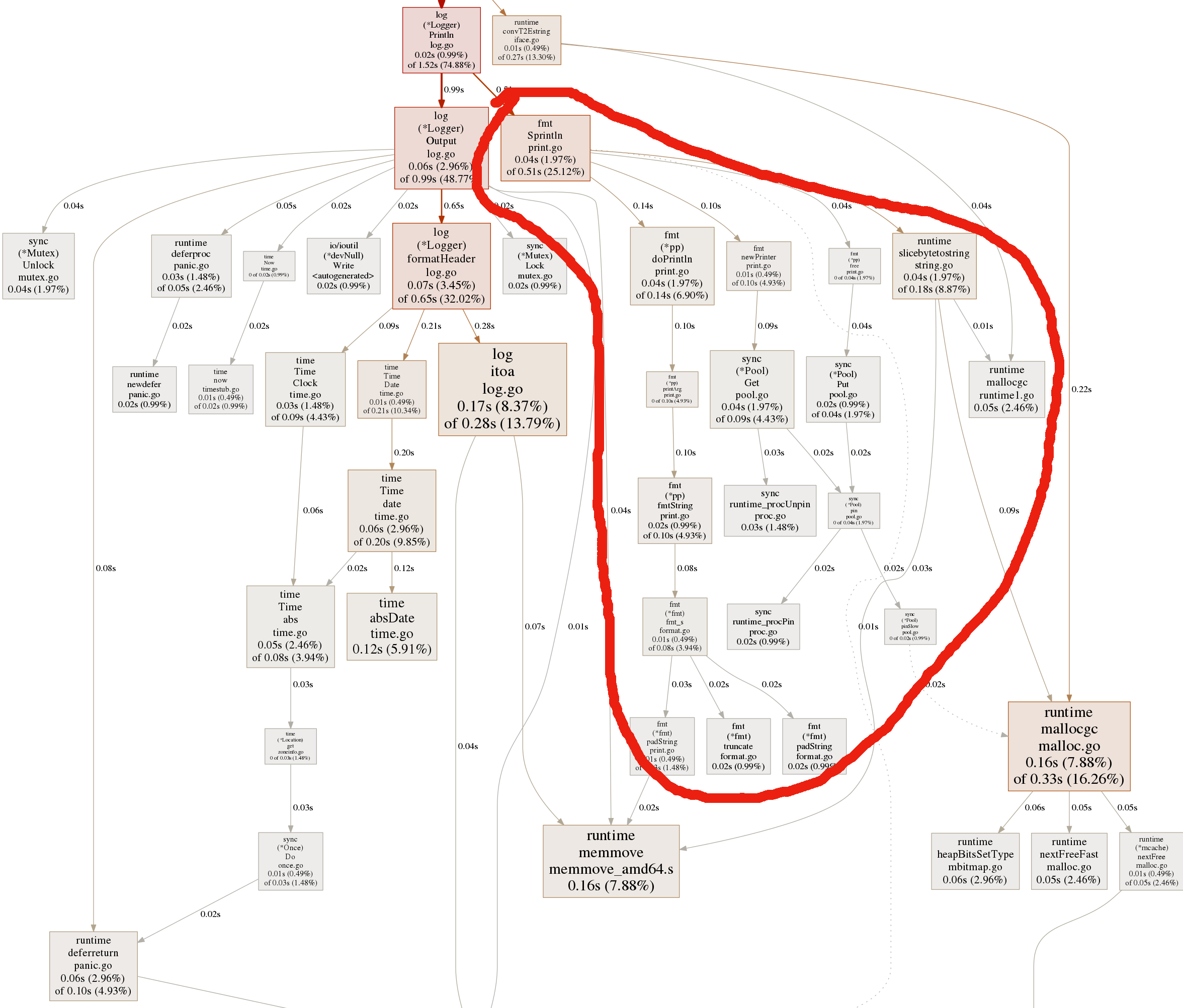 Its hard to figure out what’s going on. But the key takeaway here is that huge portion of the function calls circled in red is what’s happening from the Sprintln call. If you zoom in to the attached svg here, you can see lot of time being spent on getting and putting back the buffer to the pool and some more time being spent on formatting the string.

Now, if we compare this to a benchmark by directly calling the Output function - 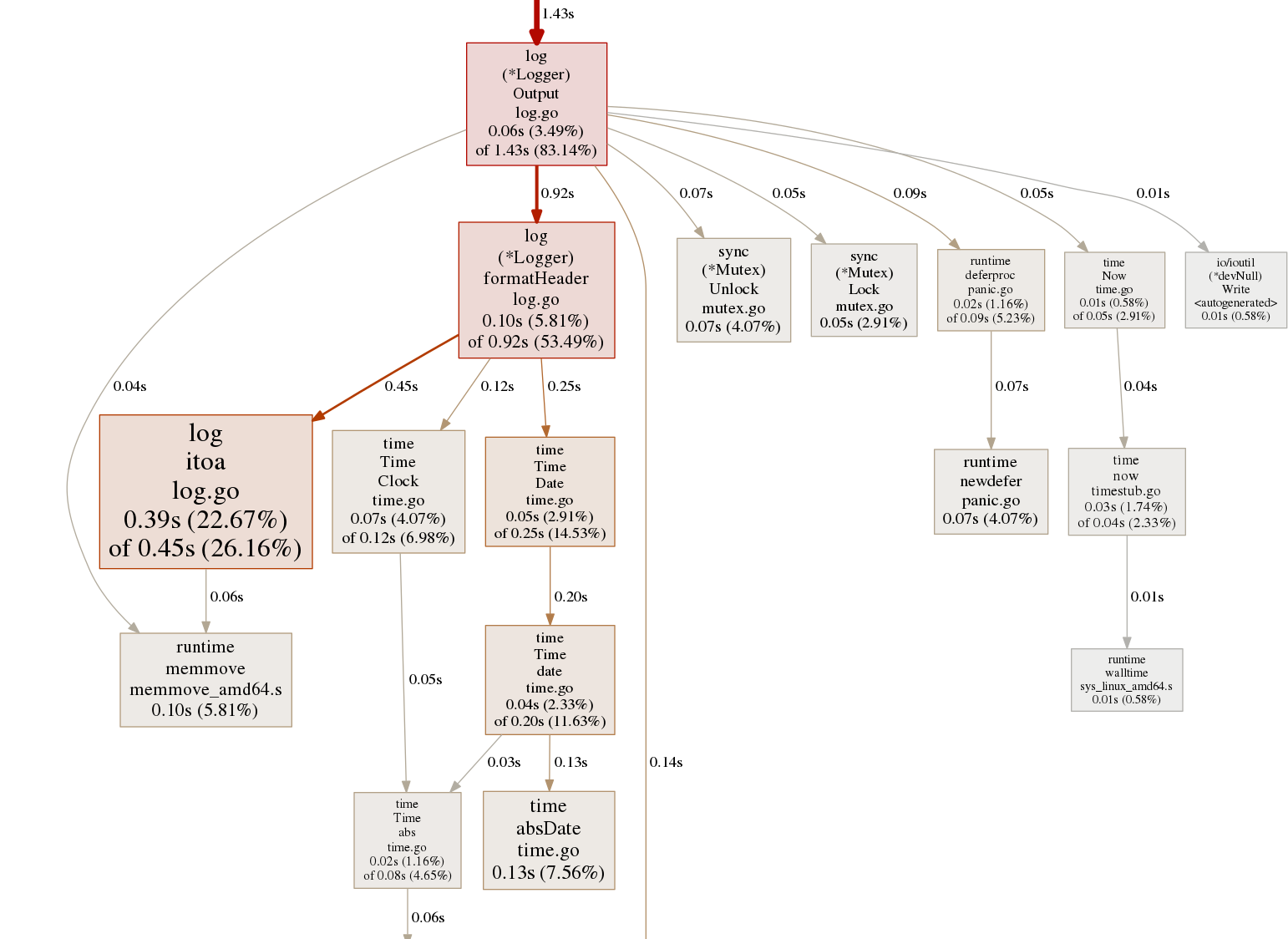 Bam. The entire portion due to the SPrintln call is gone.

Time to actually compare the 2 benchmarks and see how they perform.

More or less what was expected. It removes the allocations entirely by bypassing the fmt calls. So, the larger of a string you have, the more you save. And also, the time difference increases as the string size increases.

But as you might have already figured out, this is just optimizing a corner case. Some of the limitations of this approach are:

I only had a couple of cases like this in my code’s hot path. And in top-level benchmarks, they don’t have much of an impact. But in situations, where you have a write-heavy application and a whole lot of plain strings are being written, you might look into using this and see if it gives you any benefit.